John Woodcock has confirmed his status as an outstanding arse (and not in a good way) by penning yet another screed against Jermey Corbyn:


A lot of people who voted for Jeremy last year have looked at what’s happened and thought, ‘No, actually it’s not right’. And this has real consequences.

John, we're looking at what is going on just now, and thinking, "That's not right."  We're watching a co-ordinated attempt to destroy the leader of the Labour Party, and we think it looks like the right of the party trying to over-turn the decision of the membership.

You, of course, are too caught up in the Westminster psychodrama to see how utterly repulsive you and your conspiratorial colleagues look.

If you could see yourself as we see you, you would never have written anything as cloth-eared stupid as the lines quoted above.


Jeremy has surrounded himself with people who have never cared about the electoral fortunes of the Labour party ... That not only suggests that Jeremy is wrapping himself in a bubble from which there is absolutely no chance of us being able to change the country and also to allow tacitly that message which dehumanises members of parliament.

Again, John, you are confused.  Or - since I don't think you are stupid - dishonest.

What choice has Corbyn had but to surround himself with "people who have never cared about the electoral fortunes of the Labour party" (a cumbersome code for leftwingers)?  The rightwingers refused to work with him and have continually attacked and undermined him.  You, John, have been outstanding in this regard.  Which does not show much concern for the electoral fortunes of the Labour Party.  Again, you know this.  You just pretend otherwise.

The funny thing is, you've almost certainly lost.  You couldn't push Corbyn out yesterday, so all your faction have managed to do is demolish the party's chances of winning any imminent election.  Well done.  People up and down the country who will have to live with a further term of Conservative misrule will hate you.
at June 28, 2016 No comments:

Well this just got interesting.

I think Lisa should have waited. Not quite seasoned enough.

And, bluntly, who would want to be leader just now. There is going to be a massive, very bitter war between the parliamentary party and the membership. If she wins with one, she'll lose with the other. And given the PLP has shown itself to be totally inflexible and self-destructive, I don't see how her brand of mild leftism will be accepted.

They'll scheme and worry her to destruction, like they are doing / did to Corbyn, Milliband and Brown.
at June 27, 2016 No comments:

There are so many resignation letters flying about that everyone is getting confused.

People are resigning from posts they don't even hold. From posts that don't even exist. I resigned myself this morning, twice, from my entirely fictitious post of Head Badger Worrier of the Duchy of Woirthsley.

The odd thing is I received a polite response from Jeremy, each time, and a few minutes later he offered me other posts in his cabinet. He had thoughtfully included a pre-written letter for me to immediately resign from those posts if I accepted them.

Tory ministers, feeling left out, have started resigning as well. But as the Tory leadership has gone into hiding, they don't actually know where to send the letters to, so simply get each other to accept their resignations and give each other new positions.

It's all a bit strange.

Still, inspite of all the confusion, and a rapidly dwindling pool of MPs who haven't already resigned, Corbyn has managed to put together a new shadow cabinet:


Probably a few of them are a bit dazed and still finding their way about Westminster, and Cat Smith WAS BORN IN THE 80s, but they'd better get up to speed quick - they'll be in government soon enough!

(Eyes Lisa Nandy and Angela Eagle suspiciously) Anyone got anything they'd like to say?

Now he's just got to get through the motion of No Confidence and we can have at the Tories, which is what the Labour Party are meant to be doing.
at June 27, 2016 No comments:

Well, it looks like it is all up for Corbyn.

The whole Shadow Cabinet are reportedly set to walk out, even the ones who didn't want him to quit.  They recognise he can't survive the sort of damage the Benn-Bliar wing are intent on inflicting.

Which is a fucking shame as it shows the Labour Party have learned nothing rom 2010, the SNP overthrowing them in Scotland, 2015, Corbyn's election, or the Brexit referendum. They have not got clue what their membership wants, far less the general population of Britain.

EDIT - Well, the hammer seems not to have fallen yet.  A lot of fighting talk from Corbyn's team, and only the one resignation so far.  A lot of bitter sniping from back benchers like Chris Leslie.  Interestingly, Hilary Benn refused to say how many resignation he was expecting to happen.  Maybe he's not as sure of his support as he was 24 hours ago.  Maybe those late night calls went unanswered.
at June 26, 2016 No comments:

This could get interesting.

Her reasons are a bit bemusing - apparently Labour should be gearing up to fight an 'increasingly rightwing and inward looking Conservative Party.'  And she thinks this end can be achieved by precipitating a Blairite coup, leading to an extended civil war within Labour.  Seems like it won't just be the Conservatives that will be 'inward looking' over the next few months.

I've always thought the British Labour Party was far more stable and sane than the antipodean ones, which seem to swap leaders every five minutes and are engaged in eternal factional wars.

Clearly, they've just been saving it all up for a massive, massive dust up.
at June 26, 2016 No comments:

Half of Shadow Cabinet to Resign?

Obviously, Hilary Benn has been busy.


I despair of the Parliamentary Labour Party.  They really don't get it.  Corbyn is not the problem.  They are the problem.  They were dumbfounded by the Brexit result because they have NO F-CK-NG CLUE about anything beyond their self regarding, narcissistic little bubble.

I'm baffled that the political class seem to have been so confounded by this. If I could see it coming from the other side of the world, what the Hell were they doing? What were all those MPs surgeries and local meetings and focus groups and 'soundings' and 'learnings' about? Clearly, not about finding out what people actually thought or wanted.

And their solution to the discovery that people are not listening to them?  "Hey, we've got a leader who actually seems to broadly reflect public opinion on something! Let's try to get rid of him and replace him with some clueless cumstain whose opinions reflect what we think people should think, not what they actually think. Because that will make them listen to us! They just haven't been told what to think by the right person yet! Tony, could you maybe .."

I'll assemble some thinks on the Brexit vote ... when my brain comes out of orbit.

But, hilariously, Labour seem to have found a way to make things worse, by trying to unseat Corbyn.

A motion of no confidence is to be tabled, and this could trigger a leadership election.

Hilary Benn's name is being muttered.  But with 60% membership backing Corbyn, I think Benn might be committing political suicide.

The Labour leader is chosen by the membership in a One Member, One Vote election, using the Alternative Vote run off system.

Last time, Corbyn secured 59.5% of that vote, in the first round.  There is no reason to think he has lost substantial support.

The only route MPs may have to stop him being voted back into the top job is by keeping him off the ballot - I think the rules still require 15 MPs nominate him for him to be included.

But if they do that, they will be crucified.

And it might not even work - Corbyn's supporters could just write his name on the ballot.  It would have no legal weight, but if a lot of them did it (and they would) then the new leader would be utterly screwed, right from the start.
at June 26, 2016 No comments: 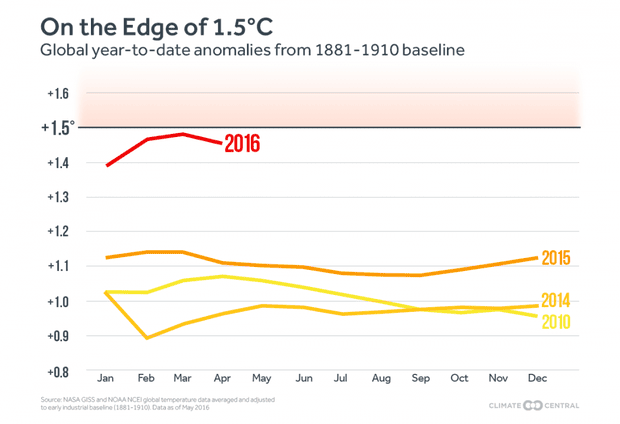 From the Guardian. I'm sure someone can explain how this is nothing to worry about and nothing to do with us.
at June 15, 2016 No comments:

The End of Cameron

Cameron really is hopeless, isn't he?

He's arguing that if we leave the EU the world will immediately dissolve into a state of war, famine, plague and Mantovani.

So why did he risk unleashing this apocalypse by offering a referendum as a sop to a few grumpy MPs and UKIP voters?

If he loses (and it is looking, insanely, like he will) he is finished; if he wins, all the problems that made him offer the referendum remain, and are worsened, if anything.  It shows an impressive lack of strategic foresight.

But then, we are talking about the man who could only manage a draw against Gordon Brown, even with the 2008 Financial Crisis to help him.  And could only defeat his coalition partner in 2015, not Ed Milliband's Labour in 2015.

A hopeless clown, a blustering buffoon, strutting and fretting and soon to quit the stage.

The only Prime Minister of the 21st century so far, to whom the label, "As bad as Blair," can be applied.

Anyway, get used to this: