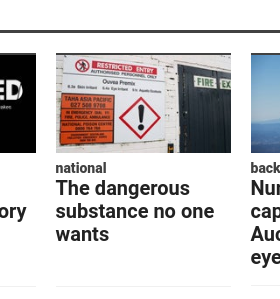 Says it all, really.

Seriously, as the BBC and the Guardian have demonstrated over the last few years, this really isn't necessary:

Rival efforts are under way to launch a Fox News-style opinionated current affairs TV station in Britain to counter the BBC.

One group is promising a news channel “distinctly different from the out-of-touch incumbents” and has already been awarded a licence to broadcast by the media regulator, Ofcom, under the name “GB News”.

Its founder has said the BBC is a “disgrace” that “is bad for Britain on so many levels” and “needs to be broken up”.

A rival project is being devised in the headquarters of Rupert Murdoch’s British media empire by the former Fox News executive David Rhodes, although it is unclear whether it will result in a traditional TV channel or be online-only.

Both are pitching to a perceived gap in the market for opinionated video output fuelled by growing distrust of the BBC among some parts of its audience, especially on the political right over culture war issues such as Brexit and whether Rule, Britannia! should be sung at the Last Night of the Proms.

Obviously, this will greatly improve the quality of journalistic discourse in Britain.
The BBC and the Guardian will doubtlessly respond to a challenge from the gutter-right by providing high quality, impartial and balanced news.
No way it would be dragged further and further to the trash heap.
We already have the Mail, which supplies plenty of bias and bile in print form.  Why the need to add 'opinionated video'; or is it a tacit admission that a substantial part of the target demographic aren't capable of reading the hate speech and propaganda of the Mail and the Sun?
at August 29, 2020 No comments:

In four minutes, he managed to undermine both his leader and deputy leader - refusing to twist th knife Collins had attempted to plant in Labour, by acknowledging the government was doing "the best they can" and they were confronted with a "hard problem" and referencing a "productive" meeting with Health Minister Chris Hipkins.

This moderate - dare I say commendably mature attitude? - distances him from Collins' complaint about the government withholding information from National and Brownlee's conspiratioral mutterings and indicates a fissure between three of the four most important people in the putative National government just weeks out from the election.

If the chap you've got lined up to be Health minister is quietly signalling he doesn't agree with the leader - in the middle of a pandemic - it doesn't give voters many reasons to be enthusiastic for you.

Covid is kinda of a big deal in 2020 and National have blown their chance to actually make the government look shakey on it by being even shakier themselves.

With the polls suggesting National will struggle to reach the 35% threshold Collins has indicated represents 'victory' in her curiously inverted world, perhaps Reti is looking beyond the election, aware that he has a future – either in in politics, academe or medicine – and Collins and Brownlee do not?

He seems to represent a less dangerous future for National and - given there will occasionally have to be National governments - that needs to be encouraged.  All the more reason for centrists inclined to (sometimes) support National to vote AGAINST the party this year - to crush the Collins leadership and drive her faction (promoted by Cameron Slater and his allies through dirty tricks and blackmail, as outlined in Dirty Politics) out of the party.

The attempts to sabotage Corbyn's leadership seems likely to do more damage than Corbyn supposedly ever could have done, even if all the stories about him were true:

I was reluctant to say anything but this is too important, the full story needs to be told.

Don’t let anyone ever tell you anything different: without the actions of some Labour Party staff we would have won in 2017. #LabourLeaks https://t.co/8OazhNBELz

So, yeah, six months down the line, I'm still raging about this.  And bear in mind, gentle reader, I'm far, far removed from all this.  British politics has almost no relevance to me (though it does affect directly many of my friends and family.)  So if I am incandescent about this, think how angry people intimately involved in Labour - members and those who worked in 2017 and 2019 towards victory, not against it - must be.

Ryle's account is fascinating and depressing - how juvenile were these people, nicking off with computers and leaving offices untidy?  It almost makes you wonder if the sort of people capable of such petty spiteful acts are capable of the grander allegations against them - the alleged diversion of funds which is identified as possible fraud alleged by Corbyn and key members of his team, which even the Guardian has felt compelled to report on.

And the frankly bizarre story of the Facebook ads and promos that were prepared just for Corbyn's team to see:

Perhaps the most kafkaesque example is the bizarre story of party officials designing Facebook adverts to be seen by only Corbyn’s team. A party official helpfully explained the strategy to the Sunday Times:

“They wanted us to spend a fortune on some schemes like the one they had to encourage voter registration, but we only had to spend about £5,000 to make sure Jeremy’s people, some journalists and bloggers saw it was there on Facebook. And if it was there for them, they thought it must be there for everyone. It wasn’t.”

This souns like something from the latter days of the Soviet Union, with the Great Leader being assured by his self serving toadies and placeholders that everything is being done, everything is just right and the new tractor production statistics are most impresive, as the nation collapses all around them.  Or, more pertinently, the bonkers press appearances of Donald Trump citing - apparently with complete conviction - misleading Covid data offered up by his staffers.  Only, of course, Trump wants to be told everything is awesome and rejects anything that suggests otherwise - he's a willing participant in his own deception; Corbyn and his team wanted the truth, but were being lied to by people they should have been able to trust.

If accounts like Ryle's - and the allegations in the leaked report - are true, people behind this grim farceshould be expunged from the party.  Their work contributed to the Conservatives winning a further five years in power, with the prospect of another them beyond that.

Instead, apparently, they are calling for Corbyn to be thrown out.