John Key seems to have admitted that National won't be able to offer much more than was announced in the budget, complaining that "Is the election just about National giving a bit more in tax cuts? I don't think so" (1).

If so, John, please tell us what else it can be about, since there isn't much difference between the two parties at the moment. Is it really just a case of voting for you because we're sick of Helen?

Playing down expectations for tax cuts - clumkingly scheduled for revelation in the first week of the election campaign - is a sign that National realise they don't have much room to move about in.

Sure, they might havce written off Cullen's budget as offering the average family the equivalent of a block of Colby, but if all National can offer on top of that is a slice of processed cheese, then suddenly Key et al aren't looking quite as enticing.

Even worse, almost two thirds of voters oppose further tax cuts that jeopardise social services, according to a Business Council for Sustainable Development poll (2). Which suggests that Key may have to be very careful.

In Hamlet, dithering murderer and usurper Claudius remarks that "When sorrows come, they come not single spies / But in battalions" (1). The same holds true for buses, though perhaps since New Zealand's public transport system is rudimentary the idea of several buses all arriving at once would stretch credulity.

Anyway, with this in mind, it is no surpise that I should find my third example of Lurgee's Paradigm evidenced not by a single spy or bus but by two, within a few days of each other.

Then, in the Weekend Dominion, appears a letter, also referring to theis petition, signed by 31,000 scientists, contesting the validity of anthropogenic global warming (3).

The petition they referred to can be found here (4).

The claim is, of course, bollocks. There might well be 31,000 scientists harbouring doubts about anthropogenic global warming. The 31,000 signatories for the petition are not they, however.

The petition is flawed for two major reasons. First of all, the signatories are NOT practicing scientists, FAR LESS practicing climate scientists. In fact, the only requirement for appending your name to the petition is that you hold a degree - batchelors or higher - in one of the physical sciences:

"Signatories are approved for inclusion in the Petition Project list if they have obtained formal educational degrees at the level of Bachelor of Science or higher in appropriate scientific fields." (5)

"[A]ppropriate scientific fields" included over 2000 medical doctors, which is strange indeed, as the opinions of climatologists on the best way to treat cancer and the like are rarely sought.

This is important, as the petition itself claims to have been signed by "31,072 scientists" but in fact there is no reason to think the majority of signatories are actual, professional scientists. The vast majority - the petition also admits that only 9,000 odd are Phds (6) - haven't the qualifications to call themselves scienttists, and would probably not describe themselves as such. Any secondary school would be full of people with batchelor or higher degrees in the physical sciences, but they are not scientists - they are teachers. Someone who gets a degree in Chemistry thirty years ago spent their adulthood raising children and looking after their honme isn't a scientist. It is dishonest to describe the signatories as scientists. The majority of them are most likey just people who, at one time or another, went to university, got a degree and went on to follow a career more or less related to that field, but which would not fit any sensible definition of scientist.

Further, the petition is not aimed directly at AGW, but at the Kyoto Protocol. For some, the distinction is blurry, but it is fairly obvious for those with more than a handfuol of brain cells. AGW is a problem caused by changes in the climate system by human activity. Kyoto is an attempt to deal with that problem. One can oppose the solution without rejecting the latter, from either an environmental position ("Kyoto doesn't go far enough!") or the economic ("Adopting Kyoto will hutr the economy more than the impact of AGW"). Further, the petition claims "There is no conincing evidence that human release of carbon dioxide .. is causing or will, in the foreseeable future, cause catastrophic heating of the Earth's atmosphere and disruption of the Earth's climate" (7). This sentence is so vague and qualified as to be meaningless. What is "convincing evidence" or "catastrophic heating"? If they mean we won't face the doomsday scenario of The Day After Tommorrow, I agree. If, on the other habd, they mean that global warming won't make the planet a very unpleasant place to live for an awful lot of living things, then I disagree.

So, bottom line, anyone who cites this petition is either a propoganda spewing denier drone, in which case they can be ignored as far as serious debate gos (they should still be rebutted, however, in case people make the mistake of thinking therir claims have some foundation in reality), or they are an ignoramus, in which case they have to be educated. Good luck!

1 - Hamlet, by William Shakespeare, Act IV, Scene 5. (http://shakespeare.mit.edu/hamlet/hamlet.4.5.html)
2 - 'Global Warming Postponed .... Again,' a discussion thread started on MSN News by Watchman, 2nd of May, 2008. (http://uk.msnusers.com/News/general.msnw?action=get_message&ID_Message=2450378&ShowDelete=0&CDir=-2)
3 - The letters from the weekend edition do not appear to be online at the time of this blog post. The letter in question as penned by one D O Buck, of Maoribank, and published in the Weekend Dominion Post, 24th of May, 2008, under the heading 'We Need To Get This Right,' which strikes me as a little disingenuous given Mr or Ms Buck can't even correctly discern between scientists and people who may once have obtained a degree in some branch of the physical sciences.
4 - 'Global Warming Petition Project,' an online petition of uncertain origin. Viewed on 24th on May, 2008. (http://www.petitionproject.org/index.html)
5 - Information obtained from within the Petition Project website, http://www.petitionproject.org/gwdatabase/GWPP/Qualifications_Of_Signers.html.
6 - ibid.
7 - Information obtained from within the Petition Project website, http://www.petitionproject.org/gwdatabase/GWPP/Home_Page.html.

John Key rather let the cat out of the bag, regarding the debate about whether or not GST should be removed from food. Quoted in the Dominion Post, he is reported to have said, "I am not convinced if we cut gst on food that it would necessarily be passed through to consumers" (1).

Which is as good as saying that the freemarket - where competition is supposed to drive down prices, gaurenteed by consumer's free choice amongst suppliers - doesn't really work. Instead, the supermarkets will keep prices high and pocket the difference.

This from the mouth of the freekmarketering National Party. Next week - Rodney Hide endorses state control of rail network and infrastructure. 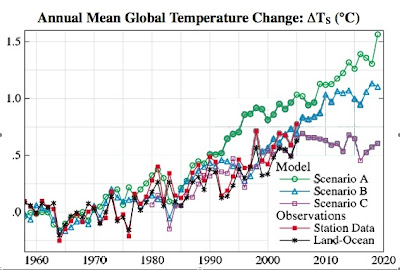 Lefthandpalm is not dead, merely sleeping

A perfect storm of different factors - re-starting work, the birth of a new child, and the presence of the dreaded in-laws mean I've very little time to write anything.
at May 15, 2008 No comments: