So, Adam Tomkins, a Conservative MSP in Holrood, has brought up the issue of Where Richard Leonard Was Born.  (For those who do not follow Scottish politics with the diligence it deserves, Leonard is the newly elected leader of the Scottish Labour Party.)

Tomkins is insinuating that you can't have an English born person leading the Scottish Labour Party. Of course you can.  We're not all racist arseholes in Scotland, though - alas - we try very hard to create the impression we are.

Obviously his goal is to drum up bit of festering resentment among the Scottish Labour Party members, who he thinks are to dim to have noticed Leonard's Yorkshire accent:

White responded fiercely to a bit of bigoted shit-stirring. As he should have. Ethnic cleansing doesn't always mean herding people into death camps. It can also mean bullying and intimidating those seen as 'tainted.'

Tomkins is the only taint here.

I wonder if Tomkins would have had the guts - evil, nasty guts, but guts none the same - to run the same smear if the winner had been a immigrant, maybe even of a different colour?  I doubt it.

His contempt for Scots, the people he is supposed to represent, is disgusting.
at December 17, 2017 No comments:

Email ThisBlogThis!Share to TwitterShare to FacebookShare to Pinterest
Labels: Scotland

I encountered this on the interweb the other day, in an inconsequential discussion: 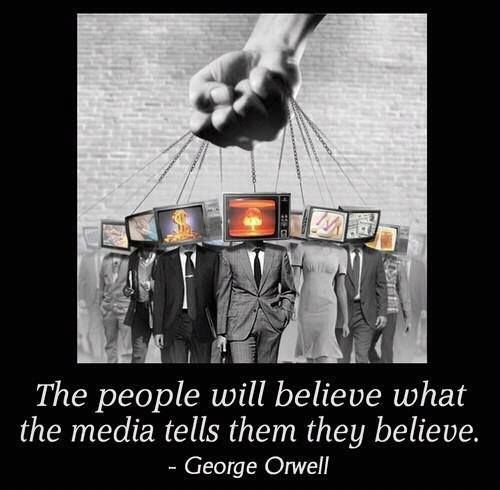 Now, I may be wrong (it happens) but I do not believe that is actually a quote from Orwell at all. He died before the term "the media" came into common use (and even if he did hear it being used in the modern sense, he would probably have regarded it was grave suspicion, being rather snooty where new-fangled language was concerned). I don't think I've ever encountered it in his essays or novels and running it through Google does not link it to any of his works.

It looks like one of those cases where someone has made up a phrase and - because no-one would listen to some clever phrase concocted by Billy Nobody - attribute it to some great source.
at December 17, 2017 No comments:

Email ThisBlogThis!Share to TwitterShare to FacebookShare to Pinterest
Labels: Orwell

Hang out the stars in Alabama!

Well done, Albanians, or whatever you are.


Who ever thought The Great Fightback would start in Alabama?

Nothing on the Orange One's twitter feed for five hours ... Looks like he's been given a sedative and well wrapped up in his favourite blankie.

Hopefully, they've taken his mobile away and buried it somewhere (alongside Roy Moore's political ambitions?!) because once he wakes up, he'll break Twitter with his bellyaching.
at December 13, 2017 No comments: