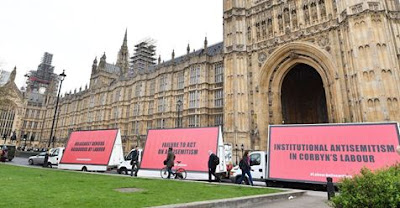 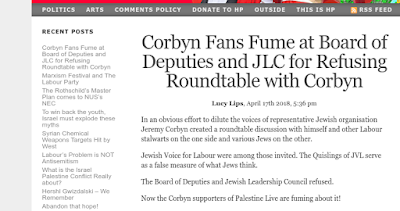 It was interesting to discover the intriguing connections between an anti-Corbyn stunt and various pro-Israel organisations. This is nothing to do with anti-Semitism, it is obviously a hatchet job on Corbyn because of his pro-Palestinian views and links.
at April 18, 2018