At the time, the Filthy Lying Tory Scums brayed and gibbered and claimed this was woefully unambitious and their plan was much better.

Now, they're putting "The deficit halved" on their campaigning posters, as if completely failing to meet their target while achieving precisely what Labour set out to do was something for them to brag about: 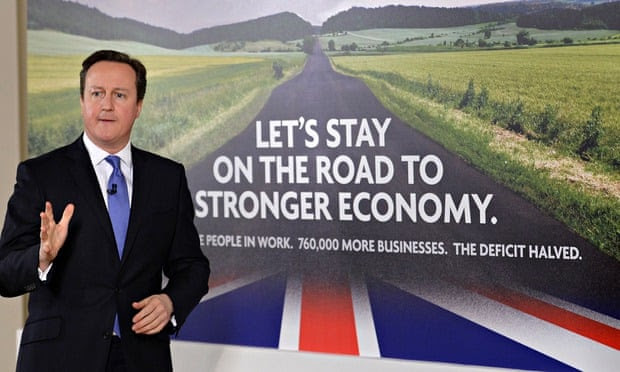 And it turns out the road shown in the poster is in Germany, not Britain!

What are we to make of this? There can only be one conclusion!

In essence, Cameron's telling us he wishes Hitler had won. Hang the traitor! His next PR campaign will be encouraging employment, based around the idea that "Work will set you free." I think we know who pinched the gates of from Dachau.
at January 06, 2015