The Lib dems have unleashed this: 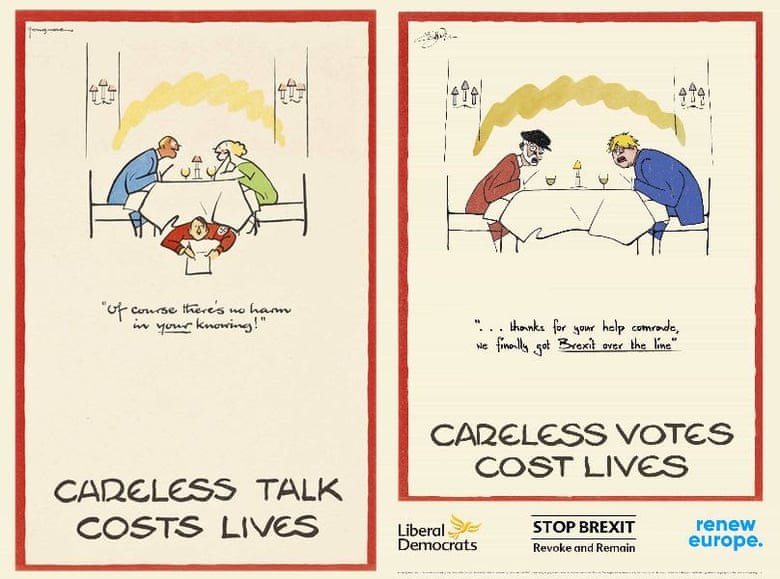 Playing on the same themes that the Conservatives have been using against Corbyn - that he's naive, possibly a bit ideologically suspect ("Comrade?") and hinting at supposed disloyalty.

I don't think it is 'offensive' as some are claiming; but I do think it is shit and every time I think mebbe we've been a bit too hard on the Lib Dems they pull some stunt like this - and then I think, "Too Hell wi' them."

I see the Lib Dems are back to their Revoke fantasy politics (they only need about 310 more seats to do it!); but in the real world, do they really expect sane politicians to leave No Deal roving about as an option in this mess? Any referendum has to be between Remain and a Brexit deal of some sort. Preferably Soft Brexit, but anything will do right now.

It's also effin' hypocritical of the party that literally put the Conservatives into Downing Street (2010-2015 coalition) and facilitated austerity and class war obscenities like the 'Bedroom tax' to be making a poster themed on Labour working with the Tories.

I'm not sure the Lib Dems - whose current leader was actually a part of the coalition government - really want to get into a dirty fight with Labour about who enables Conservative misrule.